The dream of many Star Wars fans has come true and Star Wars: The Clone Wars is BACK! During The Clone Wars 10th Anniversary panel at San Diego Comic-Con, Dave Filoni announced the show would return for 12 new episodes on the Disney streaming service.

Just announced by Dave Filoni at San Diego Comic-Con during a 10th anniversary celebration of the beloved animated series, Star Wars: The Clone Wars will be returning with 12 all-new episodes on Disney’s direct-to-consumer streaming service. Created by George Lucas, the show first aired in 2008 and became an entry point into Star Wars for an entire generation, following fan-favorites like Anakin Skywalker, Obi-Wan Kenobi, and Padmé Amidala, while introducing major new characters like Jedi Padawan Ahsoka Tano and Captain Rex. Its stories were complex, its heroes and villains were perfectly imperfect, and its look was captivatingly beautiful. It became a multi-Emmy winner and is now regarded as essential Star Wars.

The panel also included guests Athena Portillo, Ashley Eckstein, Matt Lanter, and composer Kevin Kiner. It detailed the show’s journey through it’s development and production, it’s meaning to each of the panelist, as well as  George Lucas’s vision, impact, and influence on Dave Filoni as a storyteller.

I was completely blindsided by this announcement and haven’t stopped crying tears of joy. However, the episodes are still a ways out as Disney’s streaming service isn’t expected to drop until the fall of 2019. With only 12 episodes I anticipate they’ll focus exclusively on the conclusion of the series, but that is just speculation. Stay tuned as we’ll provide more information when it comes. #CloneWarsSaved 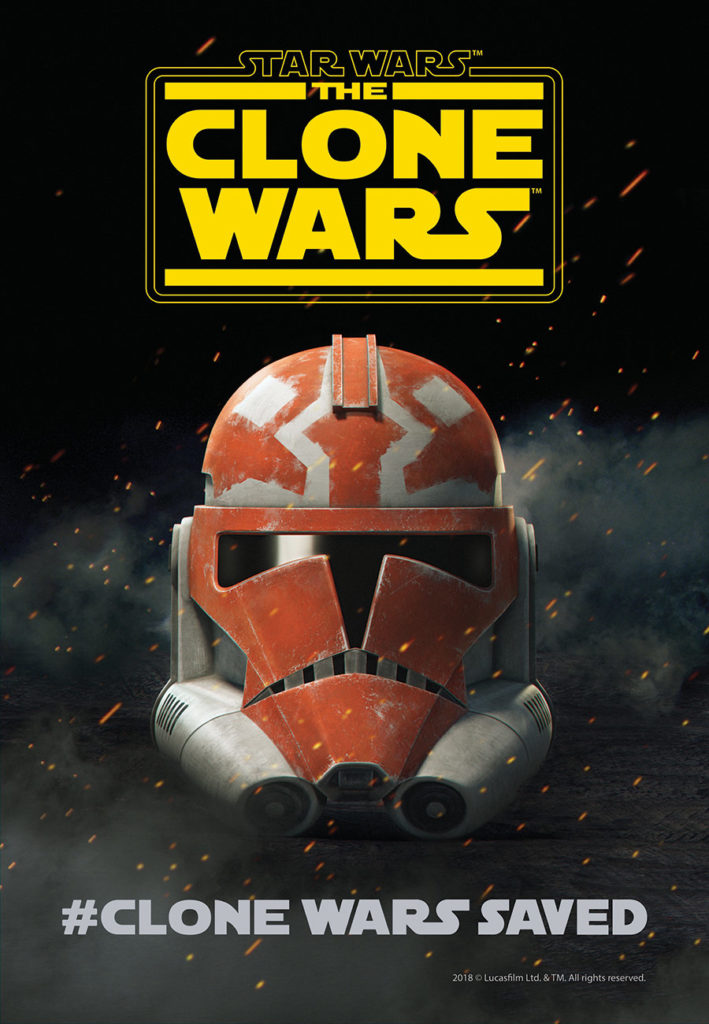 What do you guys think? Join the conversation in the comments below and in our forums. Follow us @PortHavenForums on Twitter and visit our YouTube channel HERE.