After some relaxing time spent away from the internet, I’m excited to jump back into the Star Wars news cycle.

Star Wars Celebration is a little over three months away and it is easily my most anticipated event of 2019. I was fortunate enough to attend in 2017 and had the time of my life and I’ve been dying to go back ever since.

With the event quickly approaching, guest announcements have begun to roll out as well as the reveal of the official Celebration poster. Guests for the convention also include actors from many movies, TV shows, and games as well as many authors and artists. Some notable actors already committed to the convention include:

Be sure to check back for more announcements (fingers crossed Hayden Christensen or Matt Lantern will attend) and visit StarWarsCelebration.com for the full guest list.

The official Celebration poster was also revealed and the gorgeous artwork includes both Light and Dark Side heroes and villains for all eras of the saga. Princess Leia, Luke Skywalker, Rey, Finn, Obi-Wan Kenobi, Kylo Ren, Boba Fett, Maul, and Darth Vader make for an impressive display within the ancient Jedi symbol. 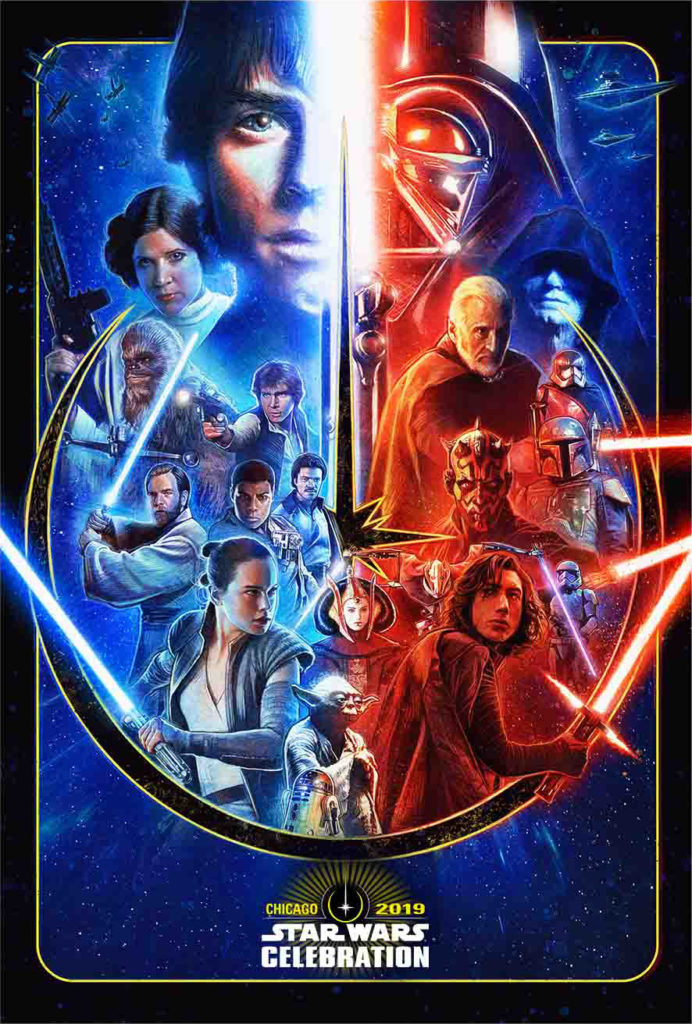 Let us know you guys think. Join the conversation in the comments below and in our forums. Follow us @PortHavenForums on Twitter and visit our YouTube channel HERE.