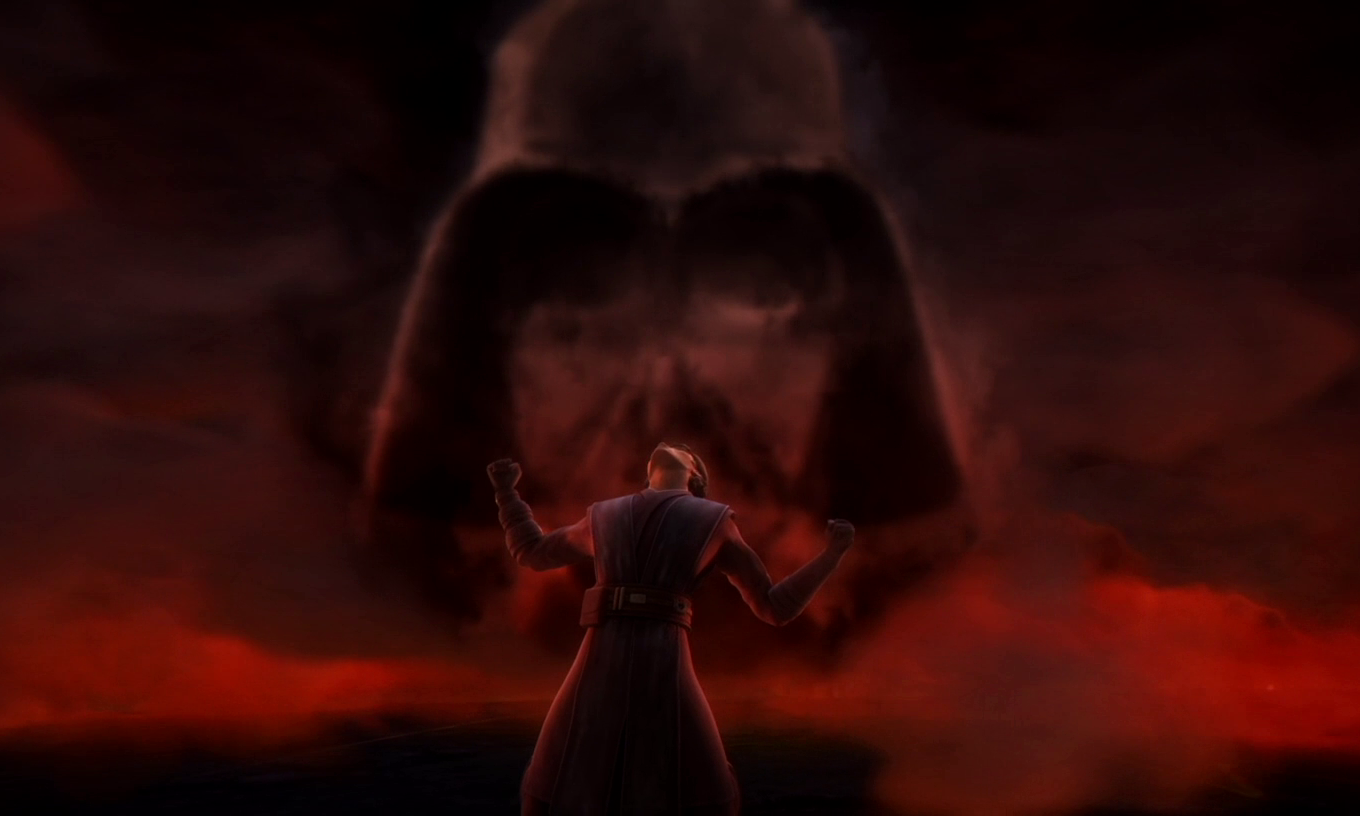 Obi-Wan Kenobi cried out these words to a soon-to-be-crispy Anakin on the planet Mustafar inRevenge of the Sith. As we learned previously in The Phantom Menace, Anakin seemed to be the fulfillment of Prophecy of the Chosen One. According to Wookieepedia the prophecy was “one of hundreds of obscure legends maintained by the Jedi Order, though its origins and actual content remain unknown. It was thought to have been created by the earliest Jedi philosophers, after the creation of the Galactic Republic but before the Jedi assumed an active role in it.” In the events of TPM, Jedi Master Qui-Gon Jinn discovers the young Anakin Skywalker and his amazing connection with the Force. Anakin was potentially even miraculously conceived by the will of the Force. (This idea was later fleshed out in the text of the Expanded Universe novel, Darth Plagueis.) The “Chosen One” is predicted to bring balance to the Force by destroying the Sith and weakening the Dark Side of the Force from which they draw their strength. Most Star Wars fans believe that this prophecy was fulfilled when Anakin Skywalker (as Darth Vader) destroyed his Sith Master Darth Sidious (Emperor Palpatine) inReturn of the Jedi.

However, it is not of the specifics of this prophecy that I write today. Instead, I want to use it as an examination into the nature of prophecy itself. By looking closely at how this prophecy is interpreted by characters in the Prequel Trilogy movies, I hope to highlight one flaw I see in any human attempt to interpret prophetic sayings be they in Star Wars or The Bible.

With specific regard to the prophecy of the Chosen One, Jedi Master, and Grand Master of the Jedi Order, Yoda expressed doubts about the application of the prophecy to Anakin Skywalker as early as TPM as he is reluctant to even allow Anakin to be trained as a Jedi. Yoda repeats these misgivings more concretely in Revenge of the Sith when he specifically admits that they may have misinterpreted the prophecy altogether. On the other hand, because of his fervent loyalty to his former master, Obi-Wan Kenobi believes in Anakin, who was his own apprentice, and believes that he is the literal fulfillment of this prophecy. While we have little evidence as to whether Obi-Wan continued to believe this prophecy after the events of ROTS, his words on Mustafar show that he did, at least until he left Anakin for dead.

Yet, just how much evidence did the Jedi at the time of the Prequel Trilogy (Jinn, Yoda, and Kenobi included) have that Anakin was the literal fulfillment of this prophecy? We know they had evidence of a strong connection to the Force. He had a higher midichlorian count than ever encountered before. He was apparently miraculously conceived. He had the potential for Force abilities that no one could rival. These seem to be fairly strong indicators; however, my thesis regarding prophecy (which, as a clever political theorist, I have hidden until four paragraphs into this piece

) is that interpretation of prophecy, no matter how correct that interpretation might be, is based entirely on coincidence and circumstantial evidence. I submit that the Jedi were (as we so often are still) victims of the worst kind of confirmation bias: the specific and directed search for “hypothesis-confirming evidence.” Wikipedia defines “confirmation bias” as “a tendency of people to favor information that confirms their beliefs or hypotheses” and goes on to say that “people display this bias when they gather or remember information selectively, or when they interpret it in a biased way.”

Pinterest
0
About Professor Jango 367 Articles
Professor Jango is an Administrator on the Port Haven Forums as well as a regular contributor to Port Haven Magazine. In addition to portraying a professor on internet fansites, he is currently pursuing a PhD in Political Science and is an actual professor.