Interesting thing, the state of Fandom of late.

There’s been a lot of chatter about how Star Wars is somehow infusing “Social Justice” commentary into the saga. Comments from infuriated parties implying folks were trying to feed some narrative down people’s throats, and Star Wars was taking some sort of political stance on…stuff.  And just as many people hoisting Star Wars like a placard for all of “those people” to make them see how wrong they are.  I’m seeing Star Wars weaponized and thrown like political hand grenades across freshly minted battlegrounds in the social media frontier.  It’s ugly sometimes, and its divisive.  So I’d humbly ask that you allow this old ungulate, long-suffered in the dark arts of fandom, to acquaint you with what I’ve seen go into the Star Wars recipe for two score years and some change.

stly, from the outset Star Wars has been about an uprising against tyranny. Starting in 1977, Star Wars told the audience that The Man was putting these poor bastards down, and they weren’t going to take it anymore, by cracky. And who was this Man? It was old white dood, surrounded by sycophants and power-mongers, steeped in corruption with heart set on total Domination. Said dood once was heard to say, and I quote: “POWARRRR…UNLIMITED POWARRR!!!” This was pretty much his slogan. Slap it on a hat, print it up on a t-shirt, do whatever you want with it, that’s what old Sheev was about. We didn’t get to meet The Man in 1977, but we could do the math. The Man was a kriffing gundark farkler.

Secondly, the heroes in the story weren’t high and mighty folk. Take this one kid, a farmer from the outskirts. He met an old man who tried to fight the power and failed. But the old geezer knew how to take The Man down, and he was 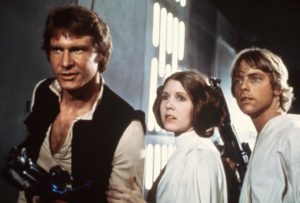 going to teach the kid how to do it. And this other guy, he was pretty much a criminal. Dealt in contraband. He was as much in trouble with the law as he was with other criminals. He didn’t particularly like the term “pirate” but he also didn’t care for being called “respectable” either. OK sure, there was a princess. But she wasn’t even who she appeared to be. And in the end, she was on the run from The Man herself. Wrap it all up in a walking carpet and you have people who couldn’t count themselves among the mainstream. Outcasts, all of them.

Meanwhile, The Man is out there bringing everyone down. Subjugating the masses, you know? When they weren’t getting force-choked on the job, rich were getting richer, poor were getting..well..blasted into oblivion for the most part. They had the Plan, the Manpower and the Machines. People weren’t going to be able to come and go like they used to. And you were either fer The Man or agin him. 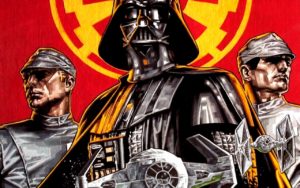 Some of us secretly…or not so secretly like the cut of the Imperial jib.  Sometimes I wonder if George didn’t make the Empire just a leeetle tiny bit too cool, Fandom. They had the best tech, the best outfits, they all had super-suave British accents, and they were there to kick ass and chew bubble gum and they were all outta bubble gum. Something in them resonates with our own personal Dark Side. I have to admit that when I’m asked to choose my affiliation for fun, it’s the Empire all day long. I don’t think that means I check one box or another when I go vote, mind you, it’s just cool to be Bad.

And then there’s a whole lot of us who are enthralled with the Jedi. Do-gooders, peace-lovers, Force-huggers and half of them look like straight up hippies. All beards and bathrobes, they tried to defend against The Man. Resist, if you will.

We see bits of ourselves in these tribes of the GFFA. These ideas – resistance, tyranny, oppression, social justice, corruption, elitism – they’re all being borrowed by opposing narratives lately and we’re starting to see Jedi and Sith in our political soup, and so this creeps into our Fandom. People are all of a sudden politically aware of various messages in Star Wars and they’re trying to either cry foul if they don’t agree or hijack these ideas and use them to spread their own political beliefs. 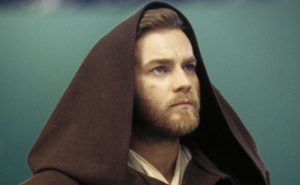 But it’s not the first time someone has pointed out that Star Wars lore is based on timeless iconography and archetypes that aren’t exactly new.  In the long history of story telling, these are some pretty ancient and ubiquitous themes. Humanity’s struggle to be free and to promote a compassionate and responsible society over an oppressive one goes way back to Gilgamesh, Homer, the works of Plato, the plays of William Shakespeare, the silent movies of Charlie Chaplin, so on and so forth. And oh yeah there’s these books called the Bible and the Quran, pretty old tomes in their own right, and chock full of this “Social Justice” stuff. I dare say if Jesus himself cranked up a social media account he’d be labeled an “SJW Shill”, doxxed for two months, and then trolled off of Instagram (if Jesus gave two shakes about such things).

These ideas are viewed relative to the social context in which they are reintroduced, but they’ve been around for quite some time. Therefore, I’d like to caution Fandom from pouring too much political syrup on your Star Wars waffles, because sometimes all of this political discourse distracts from the purity of these ideas.

Star Wars has been and always will be about two opposing ideas: Good and Evil. And George masterfully told a story that illustrates how Evil can come right out of Good, and every once in a while, Good can be salvaged from Evil.  They’re close, these siblings, and we’ve even seen them personified in the GFFA as brother and sister. And they weren’t presented as one being somehow preferable to the other, either. They just ARE. Like the Force. If there was any one lesson George showed us was that Good Intentions and Hell are on a straight line. You may think you’re doing good, but like the sage Doc Grant says in Jurassic Park III: “… Best intentions? Some of the worst things imaginable have been done with the best intentions.”

Don’t get too caught up in what you think Star Wars is trying to say about you, or the people you’re opposed to. Look at what it actually is saying. It’s neither an affirmation nor a rebuttal about your personal situation or beliefs. Like all art, it’s a statement about the Human Condition. Unlike us, it’s not there specifically to pick sides, but to illustrate that these things are real, raw and powerful and older than the parchment or rock on which they were first described. 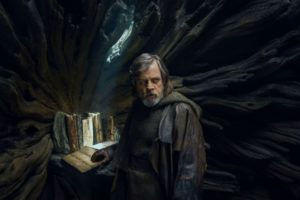 Humans are funny. You want so desperately to be offended sometimes. Other times, you want so very much to be validated by someone other than yourself. But while you’re caught up in that tug of war over ideas, don’t forget to learn something. It’s actually something that, despite any misgivings I may have about the movie, The Last Jedi illustrated in stark relief and I commend it for doing this so well. Our central hero Luke got it. Sometimes I think we all need to get it.

It’s not always about you, Fandom. 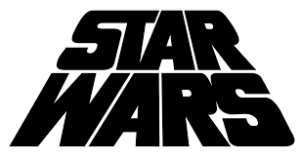