Diamond Comics released their sales figures for March 2015 today. The Star Wars license continues to do well for Marvel, as Princess Leia #1 was the top-selling comic for the month.  Overall, Marvel published nine of the ten best-selling comics in March, with their other Star Wars books, Spider-Gwen, Howard the Duck, Guardians Team-Up and Amazing Spider-Man also doing well. DC’s best-seller was Batman: Arkham Knight #1, the first print collection of their digital-first video game prequel. The eagerly anticipated Batman #40 was pushed back to April, which is why that series didn’t claim its usual spot in the top ten. 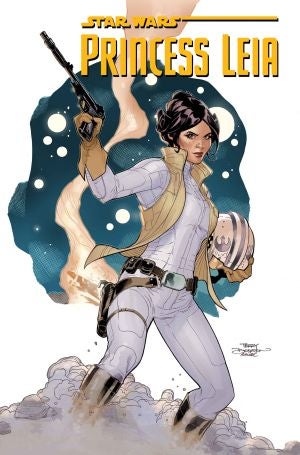 Pinterest
0
About Professor Jango 392 Articles
Professor Jango is an Administrator on the Port Haven Forums as well as a regular contributor to Port Haven Magazine. In addition to portraying a professor on internet fansites, he is currently pursuing a PhD in Political Science and is an actual professor.