Some of the most sought after games hava always been Star Wars games for me. Since I first bought a pair of dodgy paddles for my Atari 2600 and tried to play Jedi Arena, 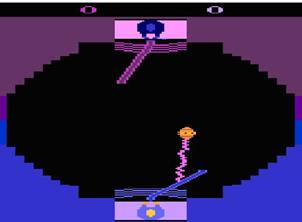 I have been somewhat disappointed with what I have seen.

From The Empire Strikes Back on the Atari up until Republic Commando, it’s always kind of left me feeling like I played a half-made, lacking-in-effort game.

The only saviour in all of this was the Jedi Knight series for me.

The game follows former Imperial Stormtrooper Kyle Katarn on his journey to become a Jedi, his fall to the Dark Side, and then his redemption. And within that, his struggles to stay on the right path.

For its era, the Jedi Knight series was beyond it’s time. A great storyline, great graphics and gameplay, the added bonus of duelling other players online with lightsabres. Absolutely brilliant!!

There were sequels, Jedi Outcast and Jedi Academy and they were all equally great. 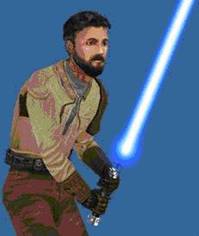 As you can see, there were quite a lot to choose from, and all I can really affectionately remember are the Jedi Knight games.

I’m sure the KOTOR series is a big game for many other Star Wars fans, but I could never really get on with it; I just wanted to destroy everything with my lightsaber and blindly Force-push and -pull things to their death, etc. The nextgen game consoles gave us The Force Unleashed with a new protagonist, Starkiller, who was a former apprentice of Vader’s, who turned from the Dark Side and become the hero, etc.

But it still lacked something!!

I didn’t feel as free to roam around as the Jedi Knight series allowed me to do.