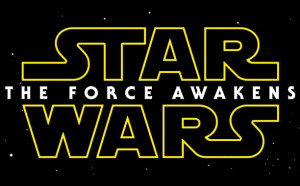 There we have it. A little over a year away from the premiere of the first of a new era of Star Wars films and a title has been granted unto us. Star Wars: The Force Awakens.

1) It matches the naming scheme well. A New Hope and The Phantom Menace both have the same unhelpfully vague sense that something big is about to happen in the galaxy. This time though, we get something more specific: “The Force”. How can the Force awaken? I can’t wait to find out.

2) For a long time the working title of the film was rumored to be An Ancient Fear. Now, this could have been completely wrong and was never a working title. But it leads me to wonder: if the other title was real, does this mean that the Force awakening is something to be fearful of?

3) Where is “Episode VII”? The picture about the title reads Star Wars: The Force Awakens. Does this mean there’s a change in the naming style for the films ahead? There will be spin-offs, so maybe they’re changing the branding entirely.

With rumors of a teaser trailer just in time for the holiday season, I am looking forward to more official information soon!